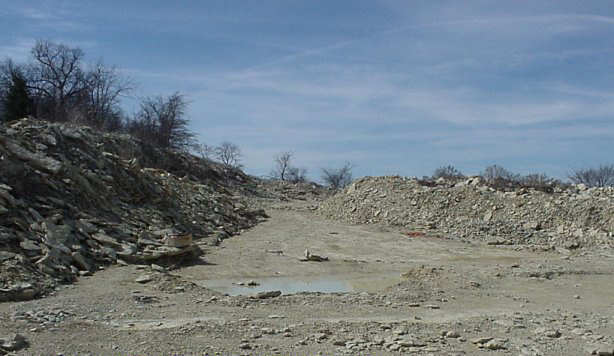 The Paleozoic is well-represented in Oklahoma, and the state boasts some of the most spectacular trilobites in the US. These come from Lower Devonian formations in Coal County, Oklahoma, located in the south-central region of the state. The two primary Devonian formations are the Haragan and Bois d' Arc, with soft pale limestone that yields beautiful caramel-colored trilobites resembling those from the Saint Petersburg region of Russia. Over 30 different Devonian trilobite species in about a dozen genera have been described.

The Devonian trilobites of Oklahoma are in many way similar to the trilobite assemblage found in the Atlas Mountains of Morocco, due to proximal paleogeography. While on continents separated by thousands of miles today, during Devonian times, present-day Morocco was part of the northwestern continental shelf of Gondwana, and present-day Oklahoma was part of the Southern continental shelf of Euramerica. These locations were adjacent and at very similar latitudes and likely bore nearly identical marine environments. The comparable species likely share common ancestry and occupy the same or closely related genera.

As is often the case in Devonian sites, the major constituent orders are Phacopida, Corynexochida (Styginidae), Proetida, and Lichida. The Oklahoma trilobite fauna is particularly rich in Phacopida, with numerous described species of Huntoniatonia, as well as multiple species and genera of phacopoids such as Kainops spp., Paciphacops spp., Viaphacops, and Reedops.  Here is a complete list of Haragan trilobite species in three formations, with taxa in comon between two of more formations shown in red.

NOTES: The determination of the lichid "Bug-X" as Acanthopyge (Lobopyge) consanguinea was made recently by Dr. Bruce Lieberman, Associate Professor of Geology, University of Kansas.  Acanthopyge (L.) consanguinea (Clarke 1894) was originally described from a partial specimen (pygidium and genal spines) from New York, and redescribed in Whittington 1956. The description for Laethoprusia grafhami can be found in:Adrain, J.M., B.D.E. Chatterton, and G.J. Kloc, 2008. Systematics of the Koneprusiine trilobites, with new taxa from the Silurian and Devonian of Laurentia. Journal of Paleontology 82(4):657–675. The species was described from a single, remarkable complete specimen.