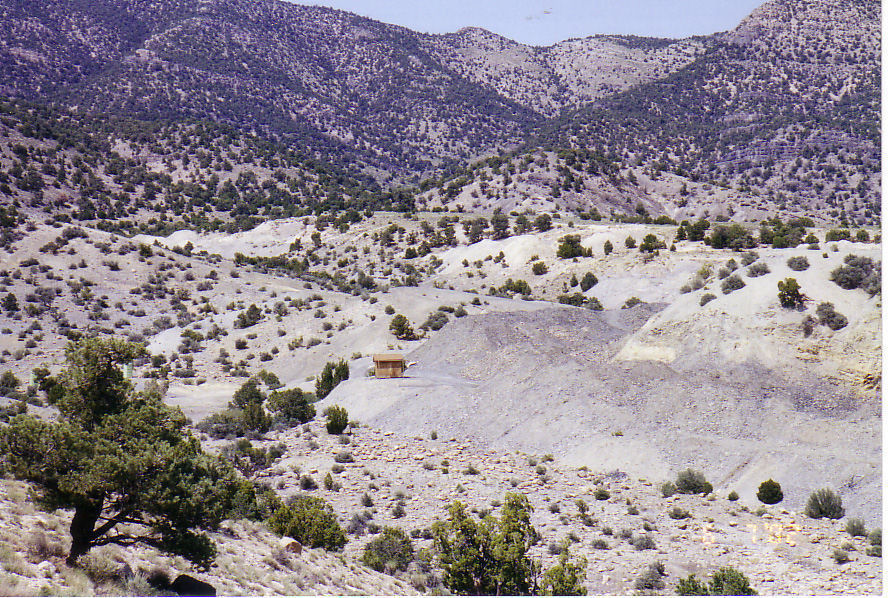 In the Cambrian, the continent of Laurentia (now the majority of North America), was equatorial, and oriented about ninety degrees from its current position. Close to the shorelines of Laurentia, limestone was deposited as shallow-ater reefs. Beyond the limestone belt, fine sediments built in deeper offshore contours, sometimes rapidly via undersea landslides off the reef platform. These offshore deposits along the paleoequator include much of the Wheeler Shale, the Burgess Shale of western Canada, and other sites from California through Utah to the Northwest territories of Canada. All of these sites yield remarkably preserved Cambrian fossils.

The most famous Wheeler Shale fossil is the trilobite Elrathia kingi; so common at some sites that specimens are commercially quarried and are made into novelty accessories, as well as sold to collectors and institutions all over the world. However, Elrathia is just one of about fifteen trilobite genera of the Wheeler Shale. Bathyuriscus fimbriatus is also relatively common at certain sites. Even more abundant are several species of agnostid trilobites, such a Peronopsis interstricta. These are typically less than a centimeter in length. Here are eight representative species of the Wheeler Shale:


It is notable that the trilobite fauna of the Wheeler Shale, being a Middle Cambrian locality, is dominated by Ptychopariida, Corynexochida, and Agnostida. In addition to trilobites, there were other species of arachnomorph (trilobite-like clade) arthropods such as Naraoia. These trilobite-like arthropods demonstrate that the group from which trilobites arose was itself successful and diverse, though being uncalcified, are only preserved under exceptional conditions, such as at exceptional lagerstätten such as the Burgess Shale and Chengjiang. Because the Burgess Shale was the first lagerstätte with such exceptional preservation, other sites with similar preservation are referred to as "Burgess Shale type" lagerstätten. This level of preservation occurs only infrequently in the Wheeler Shale.
TRILOBITA OF THE WHEELER FORMATION, UTAH
courtesy of the Western Trilobites Association
Taxa held in common in red

Back to Famous Trilobite Localities